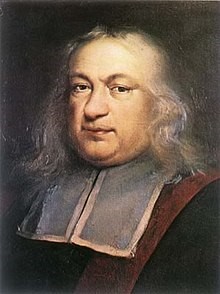 Since it’s soon time to start derivatives, today we look at one way people found maximums and minimums before calculus was invented. Pierre de Fermat (1607 – 1655) was a French lawyer. His hobby, so to speak, was mathematics. He is considered one of the people who built the foundations of calculus. Along with Descartes, he did a lot of the early work on analytic geometry and did much work leading to calculus, which today we would consider calculus. Neither he nor other mathematicians of his time had the tool of limits to aid him. Derivatives were not yet invented. Nevertheless, he came awfully close to both.

Fermat was working on optimization and that required him to find the maximum or minimum values of functions. Here is how he found extreme values of polynomial functions. Even though he didn’t know limits and derivatives, maybe he used them.

Using Fermat’s method, and some modern notation and terminology, we will demonstrate has method by finding the extreme values of the function: 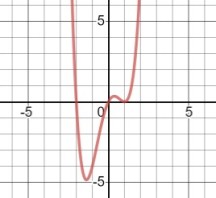 After moving everything to the left side and grouping terms by their powers and factoring we have:

Again, near the extreme value

Now all that remains is to solve this equation (factoring by synthetic division).

These are the x-coordinates of the critical points.

Now, let’s look at all the “calculus” Fermat did not do.

Then by letting a be approximately equal to b, which sounds a lot like finding a limit, he had in modern terms

– Fermat unknowingly is using the derivative! After which he set it equal to 0 and solved to find the x-coordinates of the critical points.

So, did he or didn’t he use calculus? You decide.