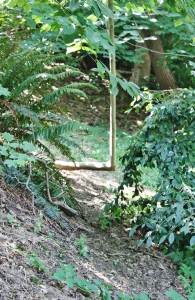 Our BC friends will soon be starting to teach series. Today, to emphasize that series are all around us, I would like to discuss series that we see every day: numbers.

Long ago I was taught that no one has ever seen a “number.” Have you ever see a four? What we see are numerals, symbols or words that represent a number. These symbols come in two types: decimals and others. The others are better described as directions for finding the decimal representation. For example, ½ tells you to divide 1 by 2, that will give the decimal 0.5.

The place-value (decimal) representation of a number is a shortcut (and a nice one) for a series that gives the value of the number. Here 4203.876 is written as a finite series, or, if you prefer, an infinite series with the remaining terms all zero.

Repeating decimals can also be written as infinite series. The first step is to follow the “directions” and divide 23 by 99:

Irrational numbers are a little different. What are they anyway? Where do they go on the number line? The decimal approximations will tell us that.

. (There are many algorithms for doing this (see especially the digit-by-digit calculation), but it only applies to square roots and doesn’t really tell us what

means.) The approach below lets us see what is going on.

Each successive number is found this way. At any place in the sequence the next number must one decimal place longer and end with one of the digits 0, 1, 2, 3, …, or 9.

If we continue this way we will end up with a non-decreasing sequence, since putting a digit on the end always gives a slightly larger number, except for the digit zero which gives the same number. This series is also bounded (all the values are greater than 1 and less than 2).  Such a series must converge to its least upper bound. For this series, the least upper bound is the number we call

; the number defined as

In a way, these series define

This is not a very efficient way to find the values. Some irrational numbers, like π or e, cannot be found this way. But that is not the point. The point is that all numbers have a decimal representation. This decimal representation is a shorthand way of writing the finite or infinite series that converges to the number. Since we cannot write all the decimals for many numbers, the decimal form gives a series of gives better and better approximations.

So sequences and series are all around us every day.

be the k-place decimal found as described above for the first series. Then

can be made as small as we want,

. The series converges to

None of this is original to me. Maybe I learned it years ago in college or graduate school; if so, I had forgotten it long ago. Four or five years ago while I was living in Texas, I started reading Calculus Deconstructed – A Second Course in First-year Calculus by Zbigniew Nitecki. He discusses this approach in a much more formal way without the example. In thinking about writing on this topic recently, I outlined the example above in my head (which is what I do when I’m trying to fall asleep). You can see where I ended up. While nothing like Nitecki’s work, it is the same idea.

I find this strange and fascinating: I absorbed that and put it all together in a different way without thinking about it in the intervening years. Strange how the mind works.